Wonder how we have become the expert in confectionery surface treatment? A passion for confectionery industry, we have been setting our bar high to serve our customers better every day. Growing from a small laboratory to a market leading supplier of finishing agents, we look back at more than four decades of experience in formulation and application. 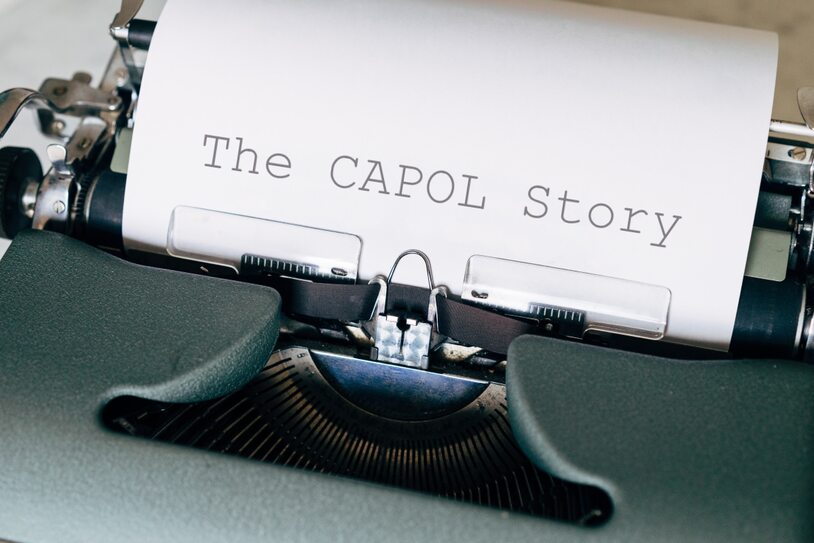 A small lab and a big idea

Remember the sensation of multicolored chocolate dragées slowly going soft on your tongue and palate, their sweetness filling your whole mouth until you finally allowed yourself to crunch down on them? Who wouldn’t be instantly transported back to childhood bliss by this?

Little did we know as children that this shiny, delicious experience of colorful chocolate dragées that “melt in your mouth, not in your hands” (as a popular German commercial has been announcing for decades) was made possible by two creative tinkerers and ingenious inventors from near Hamburg, Germany. In 1975, it all started with a small laboratory and a big idea to develop top-quality glazing, sealing and anti-sticking agents for chocolate dragées, gums and jellies.

Little did founder Dieter Kaul and his copartner Klaus-Dieter Haupt know then that some 45 years later, their little lab would have grown into Capol GmbH, the world’s leader in confectionery surface treatment. The company’s mission – to help its customers offer the most brilliant and flawless confectionery in the market – along with a great passion for confectionery, was clearly the right recipe for success. Because it has paid off in extraordinary ways.

Let’s start at the beginning, though: The name CAPOL is a combination of Kaul, the founder’s last name, and the English world “polish.” The company’s first product, CAPOL® 254 N, was launched in the year of the company’s founding and brought to the world the very first ready-to-use chocolate glazing agent that could be applied directly by the confectionery manufacturer with no additional steps. This made the company the founder of an entirely new market!

Try to wrap your mind around this: The glazing layer on the chocolate dragée that prevents it from melting in your hand is less than 0.001 millimeters thick. And yet it makes the dragée shiny (and makes your mouth water!).

Growing to a world-leading supplier

A few years later, CAPOL already had a small team – consisting of a secretary, a driver, a few lab technicians and the two inventors. By the 1980s, the team had grown to just under a dozen people and was a close-knit family who, as a rule, would enjoy lunch together in Mr. Haupt’s office on weekdays. Not only was Mr. Haupt a very socially minded person, he was also business savvy and began taking CAPOL® products on the road, eventually across the Atlantic to the US. Haupt had developed great business connections in his previous work in the natural rubber industry and this enabled CAPOL to establish a presence at international trade fairs and develop a sales network with distributors all around the world, including Asia. Many of those sales reps and distribution partners are still working for CAPOL today.

As the demand for CAPOL® products continued to grow throughout the 1980s, the familial character of the company remained intact. Labels for the product canisters were still stamped by hand well into the 90s – and that’s when the pace started to pick up. In 1993, CAPOL set up its first sales company in the UK, and at its German headquarters was forced to move to larger buildings to accommodate its growing workforce, labs and production facilities. During that time, the company regularly grew by 25 percent each year, and yet only introduced its first computer in 1997!

At the forefront of market trends

When it came to innovation, however, CAPOL never lagged behind. To the contrary: For 45 years now, the company has been driven by a strong team of creative minds and researchers who never tire of trying out, investigating and developing new recipes and raw materials to enhance performance in confectionery surface coatings of all kinds. Products are frequently tailored to a customer’s precise need or problem and brought to life in CAPOL’s application lab. CAPOL is familiar with almost all confectionery manufacturers in the world and helps them rise to their every challenge. This is what makes CAPOL truly stand out in its field.

In the early 2000s, well before it became a trend, CAPOL acquired certifications for organic products in Europe and for the US-American NOP standard. The company’s expansion continued when it took over its own US distribution and founded CAPOL LLC in Chicago. In 2013, CAPOL became the first manufacturer in the industry to use certified sustainable raw materials and offer RSPO-certified products.

Today, CAPOL is part of the Freudenberg Group, a global tech group based in Germany. Belonging to a larger group has expanded CAPOL’s options, thereby greatly benefitting the company and enabling it to further bolster its growth. The CAPOL® portfolio comprises some 250 products – with the US market its most significant one, ahead of Germany and China.

CAPOL also has a second mainstay on the other side of the Atlantic with CAPOL Inc. in Montreal, Canada. A second production site was opened there for finishing and glazing agents – catering to the North American market. From Montreal, CAPOL is now also offering natural food colorings and expanded into other industries, while clearly retaining its focus on its core industry – the confectionery sector.

It was quite a revolutionary idea in the 1970s and 80s to set up a company to manufacture such niche products because, at the time, candy manufacturers were still making these agents themselves. But success proved Dieter Kaul and Klaus-Dieter Haupt right. Today, CAPOL® products are used by confectionery manufacturers in over 100 countries, with technical service playing a huge role. CAPOL® nutrition scientists, food chemists and application technicians help as a partner in product development and travel all around the world to support our customers on site.